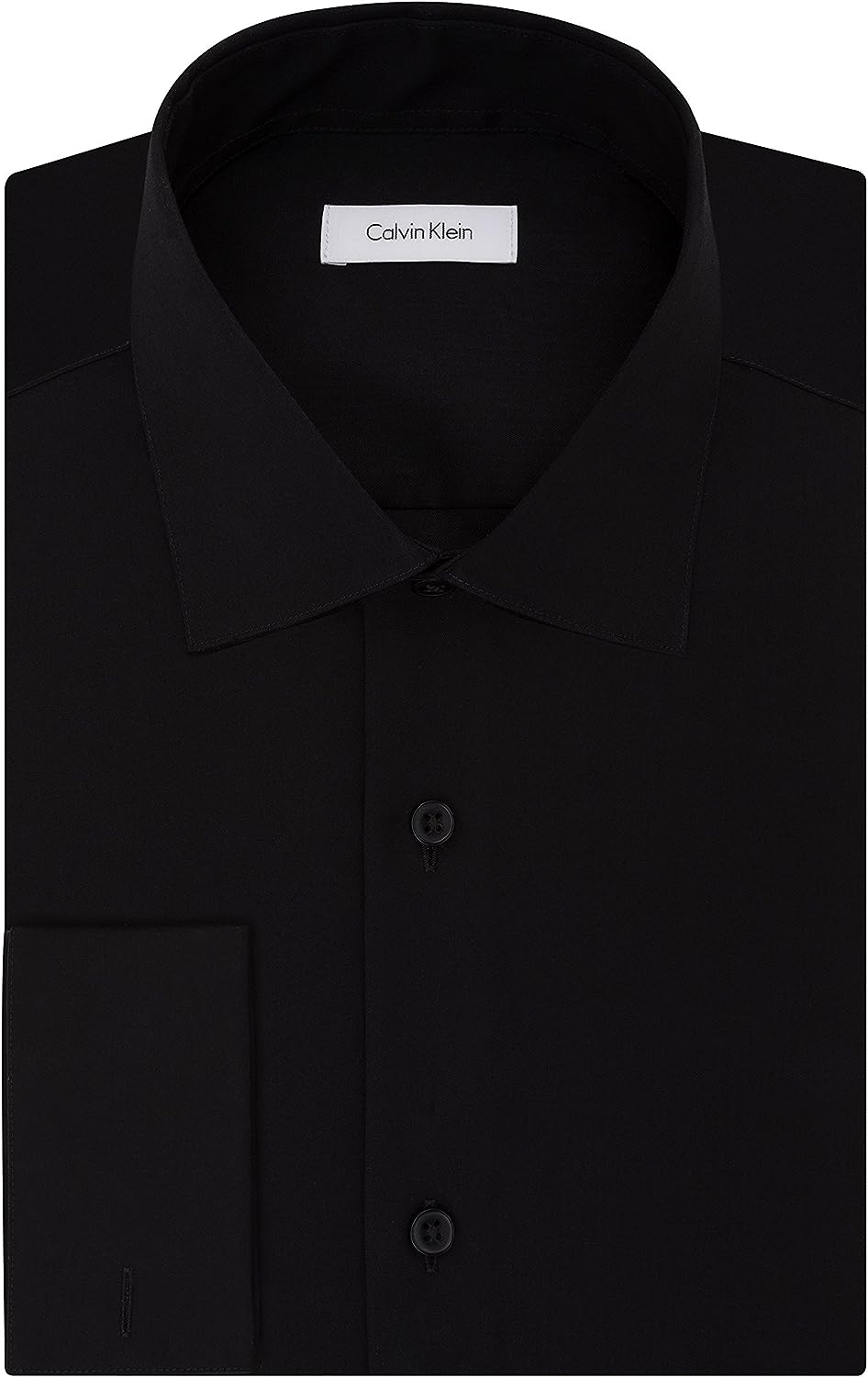 Our regular fit shirts feature a generous cut through the shoulders, chest and waist for total comfort and a classic fit.

Specially treated non-iron fabric resists wrinkles to keep you looking crisp all day. This machine-washable style does not require ironing.

Keep your cool. This style is made with fabric designed to wick moisture away from the body to help you feel cool and dry all day.

Maintain your cool wearing this Calvin Klein dress shirt, designed for function. Its Steel+ fabric is enhanced with stretch and moisture-wicking technology to keep you feeling dry and comfortable while also resisting wrinkles, even right out of the dryer. A regular fit and French cuffs deliver a generous cut and dressier look requiring cuff links.

We appreciate your input!

Please give an overall site rating: